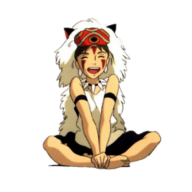 hanako wrote: ↑
Sat Jan 18, 2020 6:17 pm
Suki's route is... kinda weird. (So is Suki!) To get to it: Try to join the Dragon Club. Do NOT run for President at all, since if you run you won't see Suki run. Take a lot of green magic in October until you trigger a conversation with her talking about dragons. Get detention during the December exam (easiest way is to let the cat kill you). This should trigger a conversation with Suki after that detention. After that conversation you can choose her at Christmas.

William route (not revealing the truth on Valentine's, then agreeing to go to the May Day ball with him), last teatime with Grabiner, after PC thinks "There are things on my mind, but nothing that Grabiner can help me with", Grabiner says "Very well." twice.

question: that same playthrough doesn't have any relationship on the yearbook. Would something like "William (Dance)" be appropriate? It feels strange to be so tangled up with William, to salvage something (even if not the relationship PC wanted), and not have it acknowledged.

Other stuff (mostly minor things that bug me a bit):

It still bugs me that the "boost strength" (without going to the gym) solution to the first exam doesn't allow you to heal yourself (else you run out of HP), but you can escape and Potsdam doesn't even heal you afterward or comment on risks or anything, whereas if you wait even one turn more downstairs you end up with negative health and an irate Grabiner.

During the lesson to learn the Fracture Spell, Potsdam talks about using Red Magic, and PC tries to; given the following text, I assume nothing is ever supposed to happen. This PC only having 2 in Red Magic, though, I'm more surprised PC tried at all.

During PC's first lunchtime convo with Ellen, you can pick "basketball" as the sport you prefer. Does it have any influence on the text in the Sports Club event where William plays basketball?

A few more reactions about William's and Angela's routes:

Damien: *asking whether PC is interested in William's heart or his pants*
wait, you mean that's not the same thing for William?
...no, Damien's interested in what kind of interest PC has in William, is it? what's the "danger" there.

(non route specific: the Nature club is lovely and Manuel is darling.)

The lack of sympathy from William to Donald having spent his entire childhood thinking V got special treatment for non-legit reasons is blistering. Understandable given the circumstances, but would it kill him to say "you really thought that? that's horrible." or "sorry i never made sure you knew"

The Valentine confrontation scene if you don't reveal your identity and struck a deal with Damien is hilaaaaaarious. By which I refer to both Damien and Angela popping out of the woodwork, all casual-like. "WILLIAM DRAMA YOU SAY YES PLZ" XD

William: "[Professor Potsdam] doesn't always have people's best interests in mind." okay, aside from the fact that I am *thunderous applause gif* at that, I love that William's been pushed far enough that he finds himself pushed out of his usual position about Potsdam. This is as straightforwardly critical about her as we've ever seen him. It really sells the idea that he's very uncomfortable rn.

Angela is a delight. And more sympathetic than I expected her to be, which is no bad thing, either!
PC: "I'm not sure what's going on"
me: "what's going on is that not one of William's exes is as over him as they'd want to be and you have the dubious honor to be on that romance path"
Also, poor Angela?
Angela: "you need to stand out, freshman"
PC: *is working pretty hard not to stand out*
I guess parts of Angela's Audition and Angela's Advocacy go a bit goes slightly differently if PC is president?
The gym scene is, again: *chef's kiss*.
Am I rooting for an Angela main route, should you ever make a Butterfly or Falcon game? Very much yes. Am I still sitting here shipping the everloving game out of Angela/Gary Stu? Also very definitively yes.

"I hardly need Jacob Blaising to teach me how to dance."
PC sounds so delightfully haughty there, i love him.
Top

Found a typo on March 18 Damien route: "you were relocated to the school gynasium".

Personality epithets in the diary; I suppose it's already been documented, but just in case, if you manage to acquire all four personality epithets by the end of the 1st week the sentence related to that disappears from the diary, right. On September 7 I was "scheming, flirty and laid-back," and when I picked "it means you can have more fun", I lost all my epithets according to the diary.

The sentence about the way PC is perceived doesn't appear until I lean enough in one direction for it to become my only epithet, at which point the sentence reappears. (September 23: "Secret Advantage" makes me scheming, while "Sharing Secrets" leaves me blank on the diary/with all four types.)
Top

On Damien's route, when I go to look for him when he comes back, after I choose "You could quit the game", if I then choose "Give Up", it sends me to wait for the bus and then takes me back to the main menu, like the game is over.
Top

Also, in the yearbook at the end of Barbara's route, it says "Barbara + %firstname" (or something like that), rather than the character's actual name.
Top

* Bug where the game will return to the title screen after a late conversation with Damien fixed. (Specifically, when you choose 'Give Up' after trying to convince him to quit the game)

* Trophy unlocks now actually saved in your persistent file. The trophies aren't all in the game, but the ones that are will now be stored.
* May Day Ball and Why Are You Even Here? trophies now unlock.
* Wrong Way traps now work.
* Enchant Object now allows you to decide how much magic you're going to put into the target object.
* Enchant Object no longer wears off when the enchanted object has a metabolism (this would occur if you cast a spell that gave the object a status effect that wears off over time, like Diamond).
* Blast scuffing no longer wears off when the scuffed object has a metabolism.
* Blasting yourself no longer gives you the "Scuffed" status. (Of course now I wonder if it SHOULD.)
* Title screen no longer says the game is incomplete.
* Regenerate now shows you the amount healed.
* Now give the correct message when a player heals and already has full HP.
* Fixed a grammatical inconsistency examining the Ghost Wolf in exam 5.
* Fixed a save warning on saves made with the spell targeting screen up.
* Suki's sprite padded so she doesn't jump around when she changes poses.
* The PC's name should show up in Barbara's yearbook signature.
* 'Gynasium' typo fixed.
* No longer get a duplicate 'Very well' in the last Grabiner scene on some paths.
* Grammar fixes for Blasting and Sickening yourself.

There are also a bunch of changes under the hood that shouldn't be
player-visible yet:

Player-visible changes:
* Fixed a crash unlocking the finale trophy.
* Wards should now block monster attacks as well as monster movement.
* A crash in Wrong Way traps has been fixed.
* Fixed yet another way to get the dungeon help stuck onscreen by bringing it up on the way out of the dungeon. (It had been allowing it when there was a dialog box that would fall off the bottom of the screen on the next line showing.)
* Corrected pronouns for Donald and Luke in the final exam. (Some strings would fill in 'itself' where they should have read 'himself').
* Fixed a save warning related to Wrong Way traps.
* The trophy-unlocked dialog only shows the first time each trophy's been unlocked.

Behind the scenes:
* Some code cleanup.
* Fixed some bugs in the CG gallery.
Top

I know this will involve more work and rewrites but what are the chances of making the protagonist roommates with Donald and Luke instead (so he can get the full boarding school experience). I can totally see a path where Donald and the player becomes partners-in-mischief if you do not want to add a romantic route for Donald. I'd also still like the option to get as many detentions as possible without getting expelled. I want to be able to push Grabby's buttons as much as possible.
Top

Not Happening - we have plot reasons to give the PC a room of his own in this game.

Now, it WOULD be a good AU fanfic if you (or anyone else) wants to write it...

Also, in general we're WAY past the time when we'd do major changes!
Top

I’m bummed about the roommate thing, but I understand!

On another note, is there a certain route I’m supposed to take in order to uncover more info about Taranis?
Top

You'll get slightly more hints about him if you've joined the Midnight Poets, but he's very much a bit player.
Top

Taranis is here mostly as a hook for future games. WolfPC knows more about him than he's saying, but this is not his game so we don't want to spoil it for any future story with a Taranis route, which is why it's not spelled out.

There SHOULD be a William (friend) option in the yearbook but I'll have to run some checks and see what was supposed to be where.

The one in the practice dungeon?

yes but why is it there eating plants? is there a hidden dialogue about this when someone asks if the deer is supposed to be in the practice dungeon or if it just wandered in? or is it just there to eat plants?
Top
Locked
62 posts