The game will crash after exiting the first dungeon if you have the transitions turned off.
Top

So far I feel my preferred way is to go for Ellen herself, I tried giving it to her but I didn't like that way much. I teleported it away the next time and I really think its my favorite way of doing it so far.
Top

The boulder upon examining normally comes up with weird code! I've had a few crashes but I but reported them. So far just enjoying the game and wanting William and Damien to love me lmao
I've been here so long even Hanako is sick of me
Top

On the pie note, definitely seducing Damien is my favorite, because it doesn't lend itself to any future victimization of Ellen. That being said, I'm curious about teleporting it away. Keke
I've been here so long even Hanako is sick of me
Top 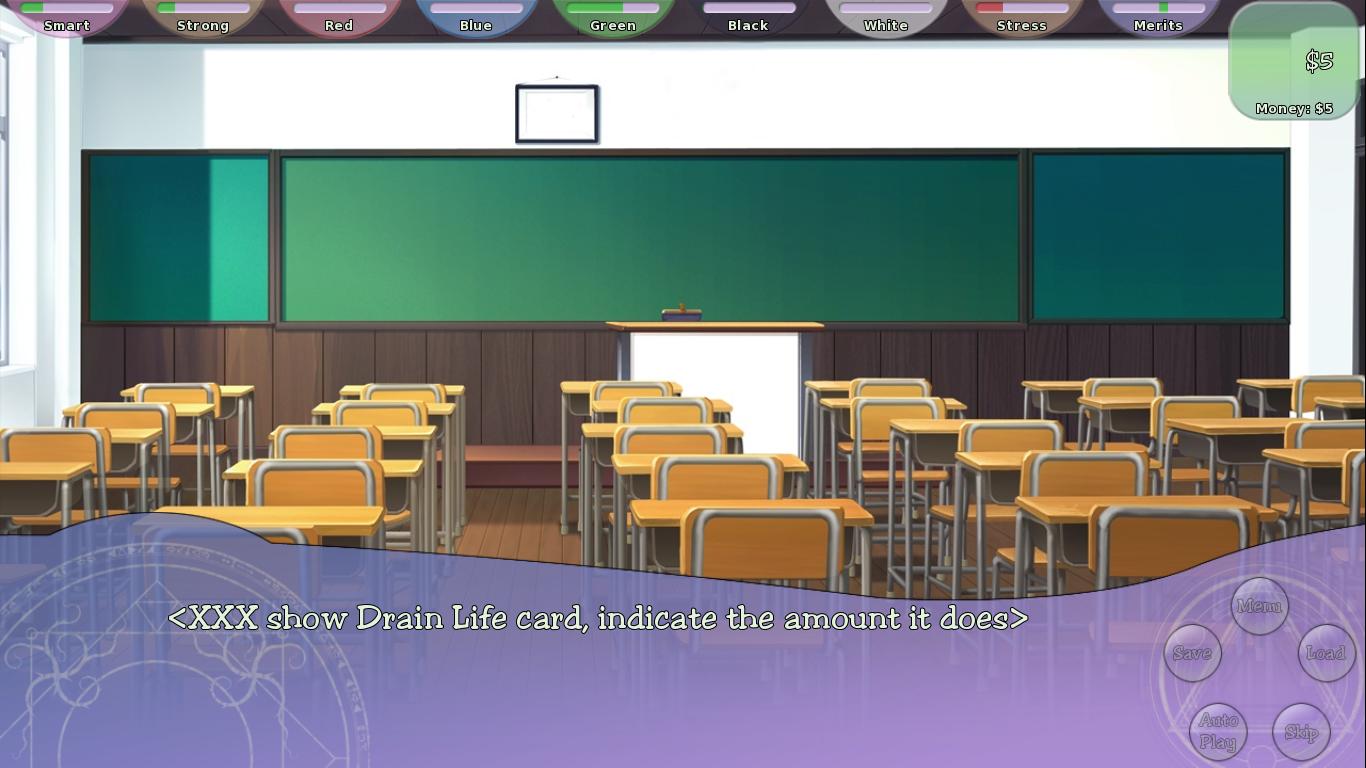 Really enjoying the story. I'm a big fan of the personality types that subtly affect the game. I love playing as scheming or flirty. I kind of agree with cheshjabber about not really being able to play as a shy/nerdy person but I do understand that such a personality maybe just doesn't fit into Wolf Hall.

2 small suggestions for the user interface: would it be possible to have the in-game date on screen while playing like in Horse Hall? And/or to have a more intuitive way to find the diary (e.g. it could be in the bottom right corner on its own rather than in the menu)?
Top

Where would the date go, though? There's no room on the top of the screen, the stat bar already covers it.
Top

9th November: Just after the date with Damien, he leaves without a kiss, pretty obviously leaving me wanting more, but the MC was confused by it. Would it make sense for a high-scheming MC to see through it? (Or is my scheming just too low?) EDIT: I just had a discussion with William about it, but even so, I think it would be nice for a higher-scheming MC to figure it out on his own.

Regarding the date: Would it at least be possible to highlight the current date in the diary?
Top

Out of curiosity, what is the cut off of the early access game right now? Want to know before I get to into it and feel DISAPPOINTED, hah.
I've been here so long even Hanako is sick of me
Top

Okay, so after Ellen solved a dungeon by blindfolding herself to get through fake walls, I tried to do the same, using the Darkness spell... and it worked!

I am amazed by the thought that's gone into these things...

EDIT: Also, after copying Ellen's rune use with Spirit Echoes, I got a notification that "The unnamed unit has moved."

As a side note, would it make sense for True Sight to see into adjacent areas of darkness, instead of just out of the current one, or would that make it too powerful?
Top

Re: the date, I guess the top right box that tells you how much money you have still has some space? Highlighting in the diary would also work!
Top

Selling candles in the mall: beforehand I chose to go window-shopping, and when I get to the candle stall, the text implies that I've just found it, and hadn't helped set it up earlier...
Top

I've put in a better fix for the call stack bug (files are loaded in alphabetical order, so on Itch on Windows Ren'Py would still think that labels in files loaded before the file with the fix were under lib/windows-i686.). The rest of the saves which previously loaded with a call stack error should load properly now; as before, any save that was RE-saved after loading with a call stack error is corrupt.

Other loadsave changes:
Fixed problems with the week9_raven_library flag and the inscription field.
Tracking what versions a given save has been played in should be more reliable (which will help us figure out when a bug is likely to related to a very old alpha). Old saves may give a warning complaining that versions_played_in is not a set; this warning is harmless and will disappear when the game is re-saved.
Fixed a bug where it would whine about temporal inconsistency loading saves that were made when you've just entered the dungeon and haven't done anything.
Removed some unused code, which might fix a hard-to-replicate crash related to GloomyAir serialization.

New features:
There's now an option to adjust the textbox brightness in video prefs.
There's also now a wing crop control (which is not yet completely effective, since we're still thinking about how we want to handle it for other winged characters)
Top

I had my MC lie and pretend the pie was a peace offering from Wolf Hall, to make up for Donald dropping Jirsey dung in front of their door. The reaction from Damien when he tried to use the “but I got you presents!” excuse to win Ellen over later at the play was