The Kraken doesn't rise if the earthquake is triggered.

The Kraken doesn't rise if the earthquake is triggered.

Today I tried giving the Nova folk even more suffering with those pesky Lumens. Not only would Elodie kill Togami through the earthquake, she would have summoned the Kraken as well, so that the nature responds with those magical outcasts twice, wreaking havok on the land as well as on the sea.

Went pretty smoothly. Economics and Faith got trained in the early game, so that I could get the crystal early, recruit Lucille (Meditation so that Elodie asks about Charlotte at the gala). That way I had not issue with the birthday or the chocolate. Since Faith included lore, I also could take Briony hostage to fight off Arisse, but it wasn't even needed.

After those two skill categories, I maxed swimming, so that I could survive the naval battle without having Military skills. I also trained Lumen, though I was cheap with Wield Magic. After all, I don't want to win the naval battle.

So Elodie destroyed a part of the fleet with a Lumen Concert, but she lost the battle, since she had no military skills and I never got soldiers. The Kraken should rise a bit later. Togami came and she retreated, just to kill him with the earth-quake. Lumen and Meditation was sufficient. The earthquake arose the monsters and Father was not happy about it. But the Kraken? Nope, no one mentioned it. Not even in the epilogue. As if it didn't happen at all.

Seems the new way to defeat Togami that was added in one mayor update overrode the Kraken one. What a mistake.
Top 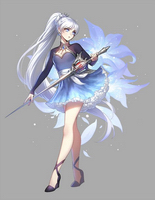 Re: The Kraken doesn't rise if the earthquake is triggered.

Re: The Kraken doesn't rise if the earthquake is triggered.

In the new versions, there is a new way to defeat Togami. You need Serene as your mentor, so send Julianna away at the beginning. Get your crystal and raise Lumen and Meditation. When confronting Togami, retreat. Serene calls Julianna and they help you creating an earthquake that kills Togami. Just like awakening the Kraken, it has some bad side effects that effect the last weeks and some endings.
Top
Post Reply
3 posts • Page 1 of 1